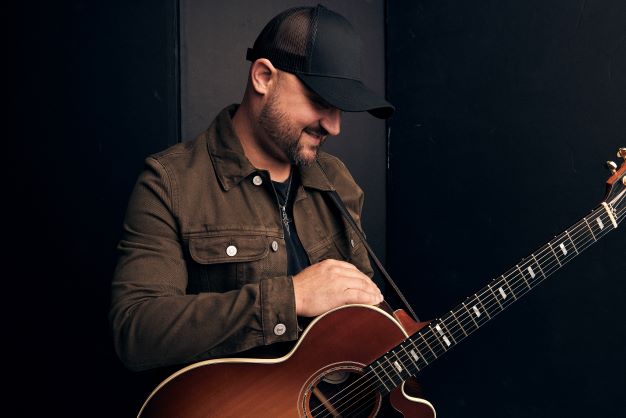 Aaron Goodvin’s new Reviver Records/Warner Music Canada single in the United States is set to establish a new beat in country music for 2021.

“Lonely Drum” is the song that lit the fuse of a national radio phenomenon in Canada and a global obsession resulting in “Lonely Drum” flash mobs from Australia to Switzerland to Las Vegas and an award-winning line dance craze in over a dozen countries, from Taiwan to France to right back here in the US.

CCMA Songwriter of the Year award for “Lonely Drum” as well as CCMA nominations for Single of the Year (Lonely Drum) and SiriusXM Rising Star.

Aaron first appeared on the country music scene as a writer on Luke Bryan’s multi-platinum selling album, Crash My Party, and his star power continued to rise as cuts with Jon Pardi, Cole Swindell, and Josh Gracin followed.

His radio success in Canada followed with a steady stream of five Top Ten singles including the BillBoard #1 hit “You Are,” eight CCMA nominations, and a Juno nomination for Country Album of the Year for his most recent album release, “V.”

Aaron is as comfortable on the stage as in the writing room, touring with Rascal Flatts on their 2019 Forever Summer Playlist Tour as well as appearing at major festivals and headlining his own shows across Canada and the United States.

Aaron Goodvin makes his home in Nashville where he lives with his favorite songwriting muse and North Carolina native, wife Victoria. They share their home with Olive and Telly, a well-loved pair of pups who make frequent guest appearances on Aaron’s streaming shows and social posts.