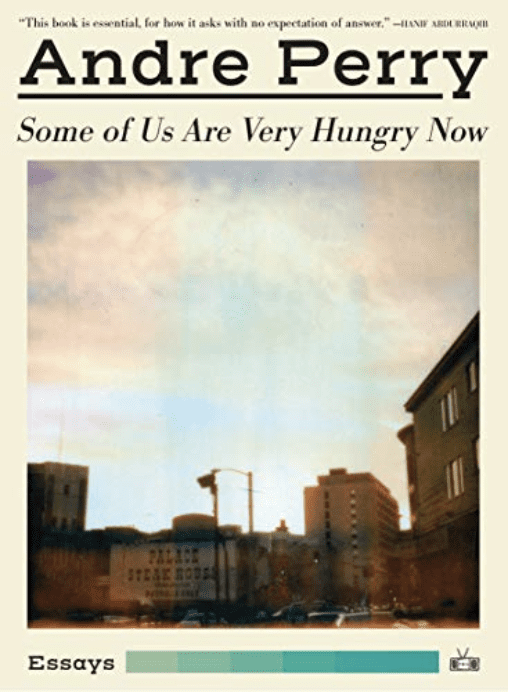 Iowa City’s Andre Perry will read from his new collection of essays published by Two Dollar Radio, Some of Us Are Very Hungry Now.  He will be joined in conversation by Tameka Cage Conley. Named a “Most Anticipated Book of 2019”  by LitReactor, The A.V. Club, and Big Other, Foreword Reviews declares “Andre Perry is a fresh American voice that demands to be heard.”

Perry’s debut collection of personal essays travels from Washington, DC, to Iowa City to Hong Kong in search of both individual and national identity. While displaying tenderness and a disarming honesty, Perry catalogs racial degradations committed on the campuses of elite universities and liberal bastions like San Francisco while coming of age in America.

Andre Perry received his MFA from the Iowa Nonfiction Writing Program, and his work has appeared in The Believer, Catapult, and Granta.  He is the Executive Director of the Englert Theatre, co-founder of Iowa City’s Mission Creek Festival, musician, and writer.

Perry will be joined in conversation by Tameka Cage Conley, a literary artist who writes poetry, fiction, and plays, and is a creative scholar, and teaching artist.  This event is co-sponsored by the Iowa Nonfiction Writing Program, and a reception in the café will follow the event.