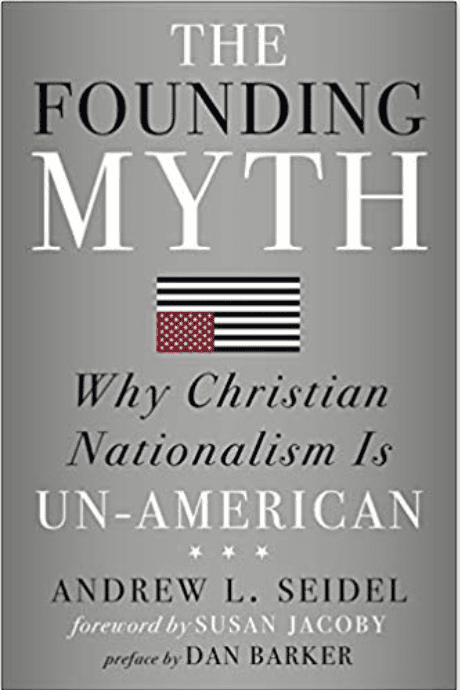 In a special event co-sponsored by the Unitarian Universalist Society’s Secular Humanist Group  and the Secular Students at Iowa, Andrew Seidel will read from and talk about The Founding Myth: Why Christian Nationalism is Un-American.

In today’s contentious political climate, understanding religion’s role in American government is more important than ever. Christian nationalists assert that the United States was founded on Judeo-Christian principles, and advocate an agenda based on this popular historical claim. But is this belief true? The Founding Myth answers the question once and for all. Andrew L. Seidel builds his case point by point, comparing the Ten Commandments to the Constitution and contrasting biblical doctrine with America’s founding philosophy, showing that the Bible contradicts the Declaration of Independence’s central tenets. Religion, law, and history collide in this provocative conversation.

Seidel works as a constitutional attorney at the Freedom from Religion Foundation (ffrf.org), litigating cases involving religion and the Constitution. He has appeared on Fox and Friends, MSNBC, and The O’Reilly Factor; numerous radio shows; and has been profiled on BBC News, BuzzFeed, International Business Times. He lives in Madison, WI.