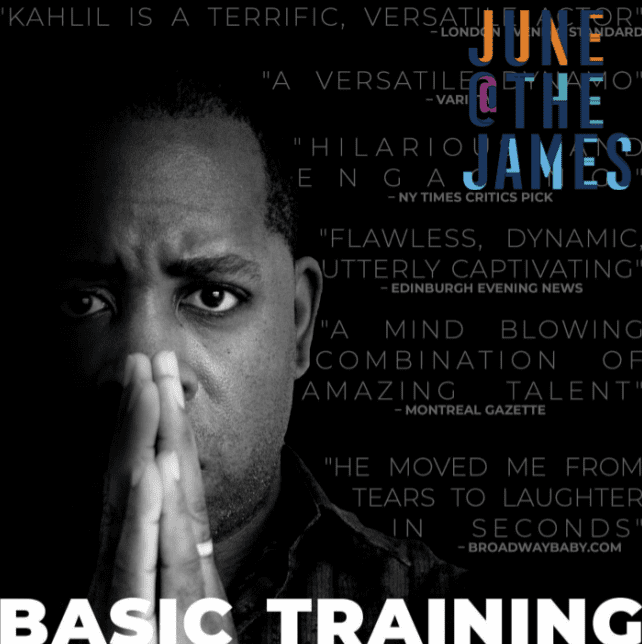 Comedic, powerful, and redemptive, Basic Training is the story of a young man (Ashanti) who joins
the US Air Force to escape a violently abusive childhood. Less than 24 hours before departing for
boot camp, Kahlil’s mother reveals a family secret that forces him to question everything he has
become, and everything he is running away from. Twenty-three unforgettable characters guide
you through this award winning interactive true story as Ashanti takes us from his home in
Davenport to “the most dangerous places in the world” as a member of the U.S. Air Force’s elite
touring entertainment troupe “Tops In Blue.”

The James has collaborated with local youth groups to set aside tickets at each show for young
people who may find resonance and inspiration in Kahlil’s journey.

The James is located in the Northside Neighborhood