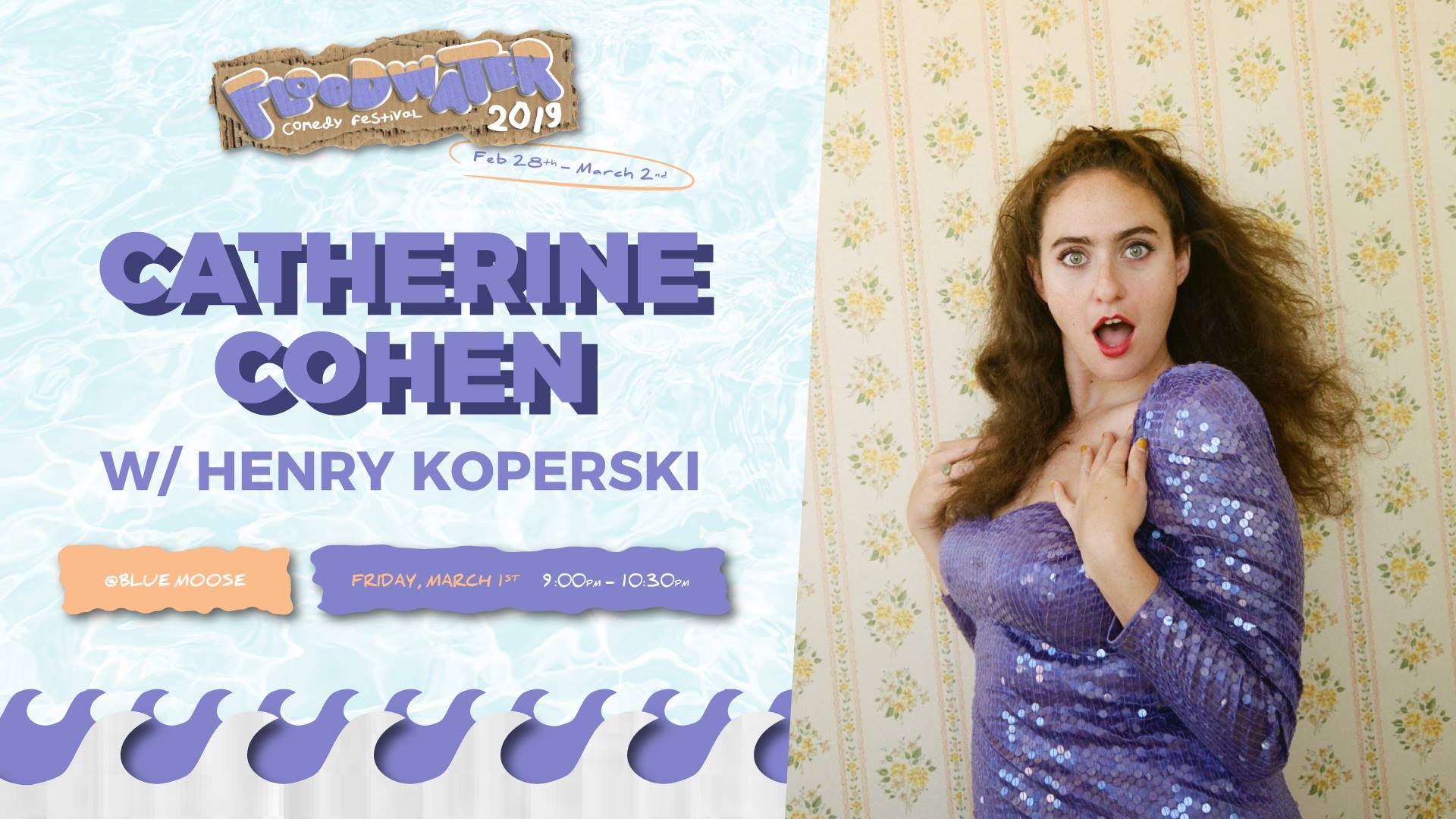 Iowa City, get ready for the one and only Catherine Cohen, featuring Henry Koperski!
Friday, March 1st at The Blue Moose Tap House, tickets on sale now 🌟 $12 now or $15 at the door. Get ’em before they sell out!

Catherine Cohen is a comedian and voiceover artist living in Brooklyn. She hosts a weekly show at Alan Cumming’s new East Village cabaret, as well as the monthly variety show “It’s A Guy Thing,” which was listed as one of Paste Magazine’s “10 Best Alt Comedy Shows in New York City.” Catherine appeared in the last season of DIFFICULT PEOPLE on Hulu, and starred in an episode of Comedy Central’s digital series, SOMEONE’S IN HERE. Her writing has been featured on Splitsider, The New Yorker, The Huffington Post and New York Mag’s The Cut. Her voiceover work includes spots for Olay, Schick, Special K, Sears and Maybelline. Catherine graduated from Princeton University with a degree in English and Theater.

You can get full access festival passes for only $55. https://littlevillagetickets.com/events/91281513/2019-floodwater-comedy-festival-passes