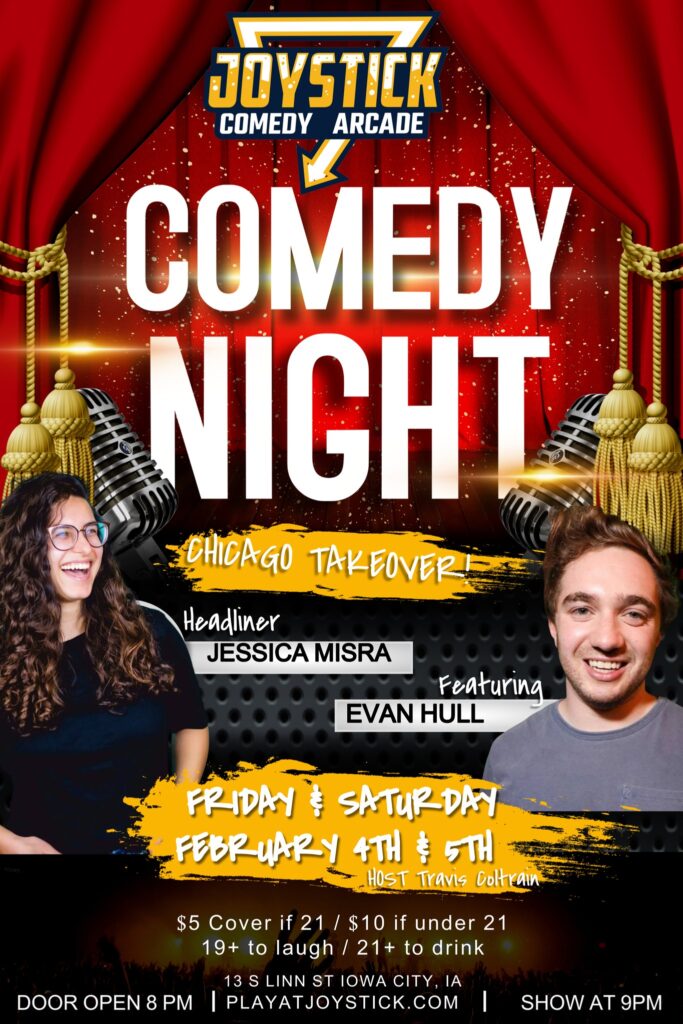 It’s a Chicago Comedy Invasion all weekend at Joystick.
Jessica Misra is a comedian based in Chicago who delights audiences with her upbeat energy and fresh takes on growing up in a large mixed-race family. She has performed in the Edinburgh Fringe Festival, New York Underground Comedy Festival and was a finalist in the Floodwater Comedy Festival’s New Faces competition. Jessica is the host and co-creator of a show at the Lincoln Lodge called No Gimmicks Comedy!
Featuring comedian Evan Hull and Host Travis Coltrain.
Doors open at 8 both nights, shows at 9 pm. Karaoke after the shows.
19+ to laugh, 21+ to drink