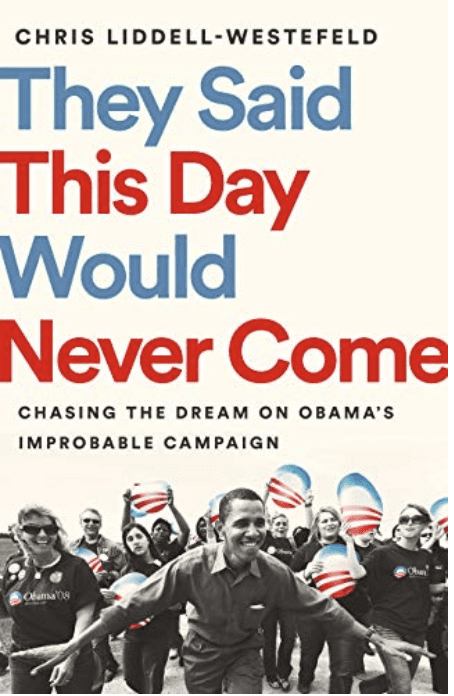 Native Iowan Chris Liddell-Westefeld will read from his new book, They Said This Day Would Never Come: Chasing the Dream on Obama’s Improbable Campaign.  Liddell-Westefeld joined the Obama for America campaign in 2007 and went on to spend five years on the Obama White House staff. Since 2014, Liddell-Westefeld has documented the story of the Obama presidency through oral history interviews. He remains active in political campaigns and currently works as an oral historian in Washington D.C.

“The Obama campaign of 2007-2008 in Iowa was a wondrous story, authored by a corps of young activists and people hungry for change. In They Said This Day Would Never Come, Chris Liddell-Westefeld brilliantly captures the spirit of that effort.”— David Axelrod