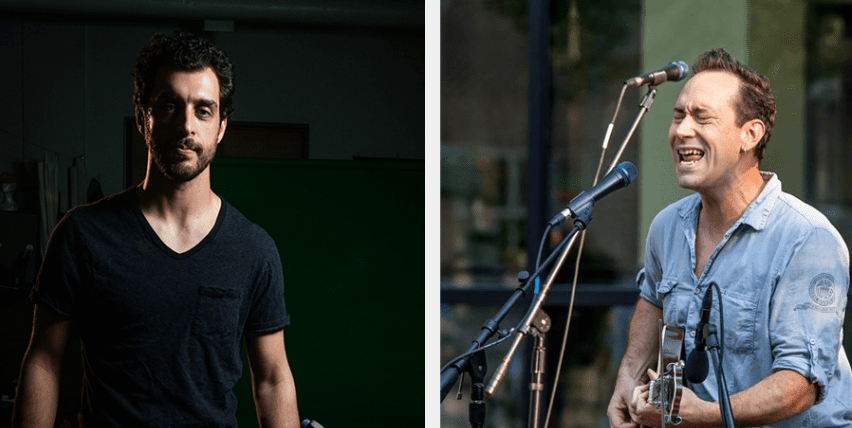 Singer Songwriter Ben Schmidt hails from Chicago, Il, but has planted roots firmly in the Iowa soil. His songs are steeped in the poetry of the Iowa landscape, drawing imagery from the everyday routines, struggles, and miracles of the human experience. With musical styles from Folk to Blues to Country and Soul, Schmidt has developed a rich texture of sound inside of which his characters can dance, pray, celebrate, and mourn. Dan Tedesco is the quintessential modern-day troubadour, narrating the American experience in song honestly and intimately, and with a big sound to boot. A solo artist, Tedesco’s stage show is framed by a minimalist production that finds him belting out folk-spiced rockers from behind both acoustic and electric guitars while foot-stomping percussion rounds out many of the arrangements—this is one solo artist who won’t seem out of place on a bill with rock bands. Interludes at the piano lighten the mood a little, but only a little, as the distorted Rhodes and Wurly sounds only contribute to Dan’s stage presence. Recorded during the latter-half of 2017 in Lexington, KY, “American Darkness”, (out now!) is Tedesco’s new full-length studio album. In support of the release, he’ll be touring the US throughout the summer and fall of 2019