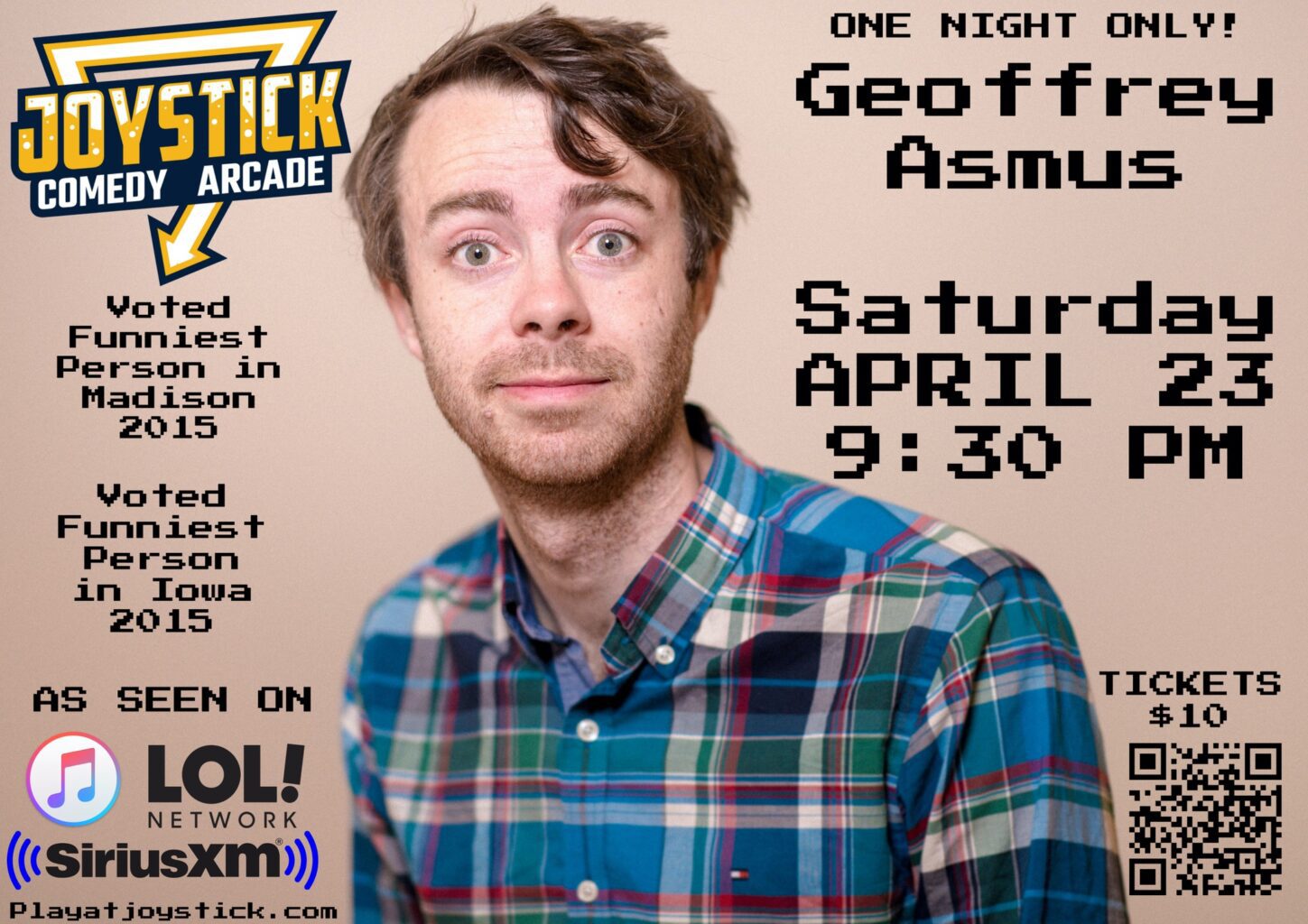 Comedian Geoffrey Asmus headlines a laugh packed night at Joystick. Tickets will be available at door or online at www.playatjoystick.com
Doors open at 8, comedy starts at 9:30.
Please arrive early to get the best seats.
Geoffrey Asmus began performing stand-up in 2013 immediately after wasting $143,548 in college. Within a short time Geoffrey won Comedy on State’s “Funniest Person in Madison 2015” and Penguin Comedy Club’s “Funniest Person in Iowa 2015,” both times beating out the guy who invented meth, Quentin.
Soon after Geoffrey was selected as a ‘New Face’ performer at Just For Laughs Montreal and was featured on FOX’s ‘Laughs’ and Kevin Hart’s LOL Network. He has also performed at the Laughing Skull, Bridgetown, Limestone and Boston comedy festivals. Geoffrey has headlined comedy clubs all over the country including Comedy on State, Hilarities, Laugh Factory Chicago, Seattle Comedy Underground, Laughs Seattle, Skyline, Laffs and many others. Geoffrey has also opened for Dave Attel, Brian Posehn, Aparna Nancherla, Todd Barry, Daniel Sloss and Alonzo Bodden among others.
In 2021 Geoffrey released his first album “Prodigal Little Bitch” through 800lb Gorilla Records. The album went to #1 on iTunes and is played nationwide on SiriusXM radio.
Onstage and offstage Geoffrey will not make eye contact, which is a blessing for all.
Host: Travis Coltrain
Karaoke after the show from 11 to close. 19+ to laugh, 21+ to drink.