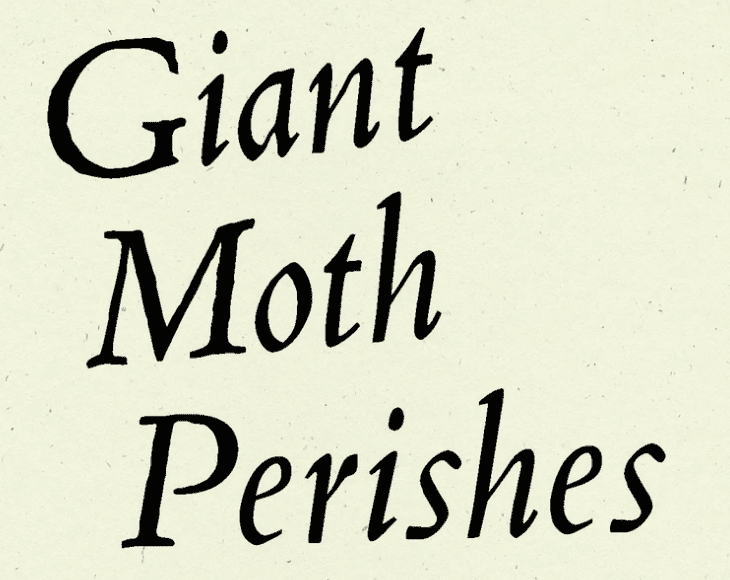 Please join us for a reading and conversation with Geoffrey Nutter and Matthew Rohrer to celebrate their new books of poetry, Giant Moth Perishes and The Sky Contains the Plans.

John Ebersole of Kenyon Review says of Geoffrey Nutter’s work, “For years now, Nutter has been quietly writing some of the most beautiful poems in America.”

Geoffrey Nutter has published five books, including The Rose of January and Cities at Dawn (both from Wave Books), and has taught poetry classes at Princeton, The New School, New York University, Columbia University, and the 92nd Street Y in NYC. Nutter’s poems have been translated into Spanish, French, and Mandarin. He currently teaches Greek and Latin Classics at Queens College, and runs the Wallson Glass Poetry Seminars in New York City.

Publishers Weekly, starred review, calls The Sky Contains the Plans, “Serene, odd, and quietly captivating, this is a celebration of the unconscious mind’s delights.”

Matthew Rohrer is the author of The Sky Contains the Plans, The Others, which was the winner of the 2017 Believer Book Award, Surrounded by Friends, Destroyer and Preserver, A Plate of Chicken, Rise Up and A Green Light, which was shortlisted for the 2005 Griffin Poetry Prize. He is also the author of Satellite, and co-author, with Joshua Beckman, of Nice Hat. Thanks., and the audio CD Adventures While Preaching the Gospel of Beauty. He has appeared on NPR’s All Things Considered and The Next Big Thing. His first book, A Hummock in the Malookas was selected for the National Poetry Series by Mary Oliver in 1994. He lives in Brooklyn, New York, and teaches at NYU.