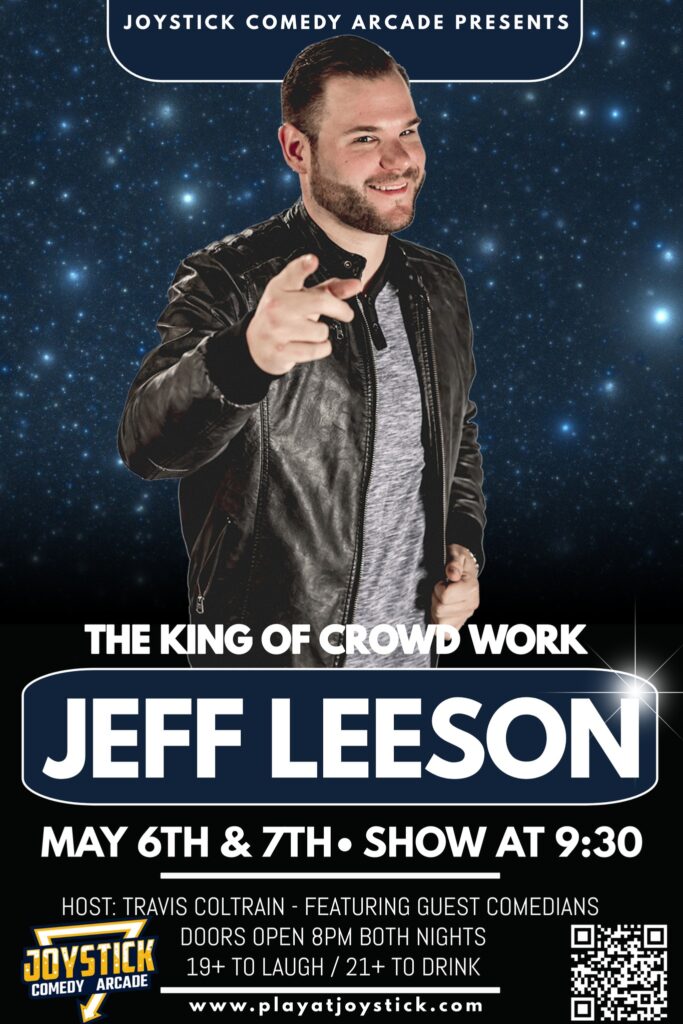 Jeff Leeson, the Crowd work King headlines a weekend at Joystick! Featuring comedian Jameson Cox!
For over 22 years Jeff Leeson has been astonishing crowds
across North America (and once in Cuba) with his off the cuff,
improvisational style that leaves crowds not only wanting more,
but amazed at what they just witnessed. Being described as a
human fireworks display, Jeff uses his surroundings and people
in front of him to create one of the most unique and personal
shows you will ever see, it’s more than a performance, it’s an
experience!!
In addition to headlining top comedy venues throughout North America, Jeff’s comedy has been featured on Sirius/XM radio, Spotify, 2 hour long comedy specials on Amazon Prime and a Dry Bar Comedy Special.
Jameson Cox is a comedian originally from Florida who now lives in Iowa. He has opened for many notable comedians including SNL’s Chris Redd, Sam Tallent and Jeremiah Watkins. He has been a featured performer in comedy festivals around the Midwest. He has a podcast and he’s embarrassed about it.
Featuring Host Travis Coltrain and Guest Comedians.
Doors open at 8, show at 9:30
19+ to laugh / 21+ to drink