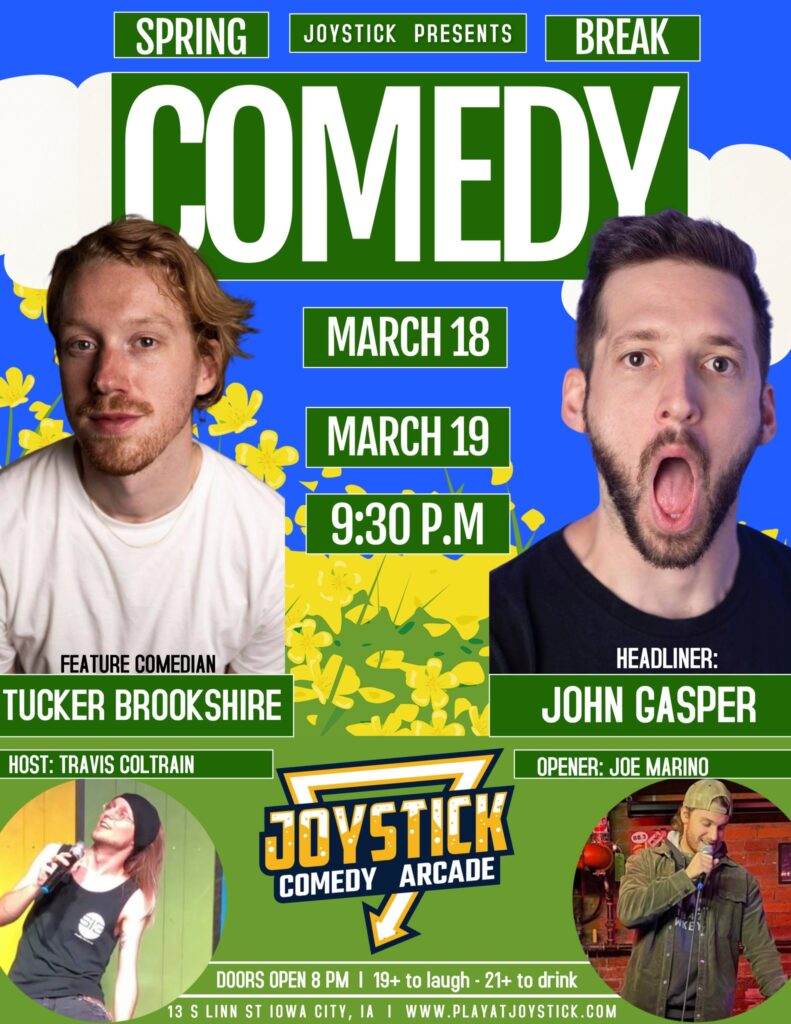 Enjoy Spring Break comedy with headlining comedian John Gasper!!
John Gasper is a Chicago based Stand Up comic. He performs at clubs around the country and he loves sandwiches.
John will be joined onstage by traveling feature Tucker Brookshire; Tucker is a North Carolina native but you would never guess it. During his time in the Windy City he has chiseled away a dedicated following in the Chicago comedy circuit. He blends a carnival-like delivery with undeniable likability to win over audiences across the country. Tucker is the host of a popular web series called “Other Brothers” and he dresses very well for a guy in his tax bracket.
Opening the show will be local favorite comedian Joe Marino and Joystick host Travis Coltrain.
Doors at 8, show at 9:30.
Karaoke after the comedy show!
19+ to laugh / 21+ to drink