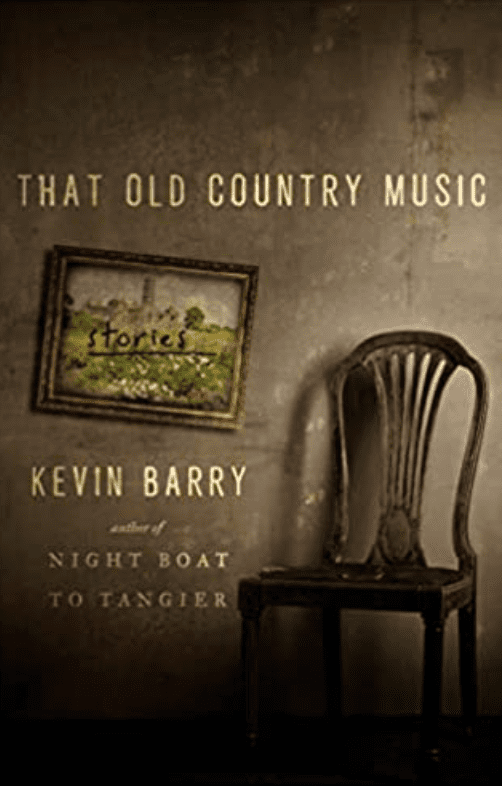 Please join us for a reading and conversation with Kevin Barry to celebrate the release of his new story collection, That Old Country Music, with New York Times bestselling author Susan Orlean.

Kirkus starred review says of That Old Country Music, “Barry has the right stuff for short stories. He brings characters to life quickly and then blesses them with his uncanny ear for dialogue and prose rhythms, his compassion and wry wit…Exceptional writing and a thoroughly entertaining collection.”

Kevin Barry is the author of the highly acclaimed novel City of Bohane and two short-story collections, Dark Lies the Island and There Are Little Kingdoms. He was awarded the Rooney Prize in 2007 and won the Sunday Times EFG Short Story Award in 2012. For City of Bohane, he was short-listed for the Costa First Novel Award and the Irish Book Award, and won the Author’s Club Best First Novel Prize, the European Union Prize for Literature, and the IMPAC Dublin Literary Award. His short fiction has appeared in The New Yorker and elsewhere. He lives in County Sligo in Ireland.

Susan Orlean has been a staff writer at The New Yorker since 1992. She is the author of seven books, including Rin Tin Tin, Saturday Night, and The Orchid Thief, which was made into the Academy Award–winning film Adaptation. She splits her time between Los Angeles and the Hudson Valley of New York with her family and her animals.