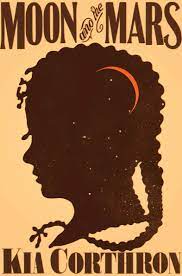 The Chicago Review of Books says of Moon and the Mars, “Corthron’s new historical epic spins an absorbing and linguistically nimble tale that proves she’s one of our most dynamic and risk-taking  writers.”

Kia Corthron‘s debut fiction, The Castle Cross the Magnet Carter, was the winner of the 2016 Center for Fiction First Novel Prize and a New York Times Book Review Editor’s Choice. She was the 2017 Bread Loaf Shane Stevens Fellow in the Novel. She is also a nationally and internationally produced playwright. For her body of work for the stage, she has garnered the Windham Campbell Prize for Drama, the Horton Foote Prize, the United States Artists Jane Addams Fellowship, the Flora Roberts Award, and others. She was born and raised in Cumberland, Maryland, and lives in Harlem, New York City.

Lisa Schlesinger’s plays include Iphigenia Point Blank, Rock Ends Ahead, and Twenty-One Positions (with Naomi Wallace and Abdelfattah AbuSrour).She is currently writing Ruinous Gods, an opera, with composer Layale Chaker. She has received awards from the BBC, the NEA/TCG among others. Her work is published in American Theatre, the New York Times and elsewhere. Lisa is co-director of the Iowa Playwrights Workshop at the University of Iowa. www.lisaschlesinger.com