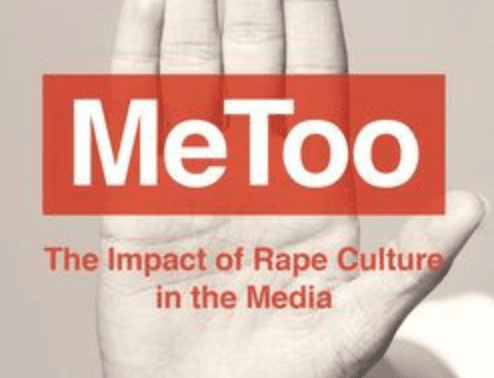 Please join Prairie Lights and the Iowa Nonfiction Writing Program for a special pre-release book event for distinguished professor Meenakshi Gigi Durham, who has served the program as interim director for the past year.

Me Too: The Impact of Rape Culture in the Media, will be published in June 2021.  Catherine Rottenberg, University of Nottingham calls Durham’s Me Too “An accessible and thorough interrogation of the media, rape culture, and MeToo.”  and says, “The book does a fantastic job of detailing rape culture (as it is conceived by many feminist theorists and activists) as well as outlining, in a really impressive way, the complexity of the MeToo movement.”

Professor Durham holds a joint appointment at the UI School of Journalism and Mass Communication and in Gender, Women’s, and Sexuality Studies.  She is the author of the forthcoming Me Too, as well as two previous books; Technosex  and The Lolita Effect: The Media Sexualization of Young Girls and What We Can Do About It, and she is also the co-editor of the collection Media and Cultural Studies: KeyWorks. Durham’s work, which focuses on media and the politics of the body, has been published in numerous academic publications and journals, as well as in popular anthologies. Her essay “Grieving,” which appeared in The Harvard Review, was selected for inclusion in the Best American Essays anthology of 2011. Her essay “Hunger Pangs,” which appeared in The Iowa Review, was a Best American Essays Notable Essay of 2012.