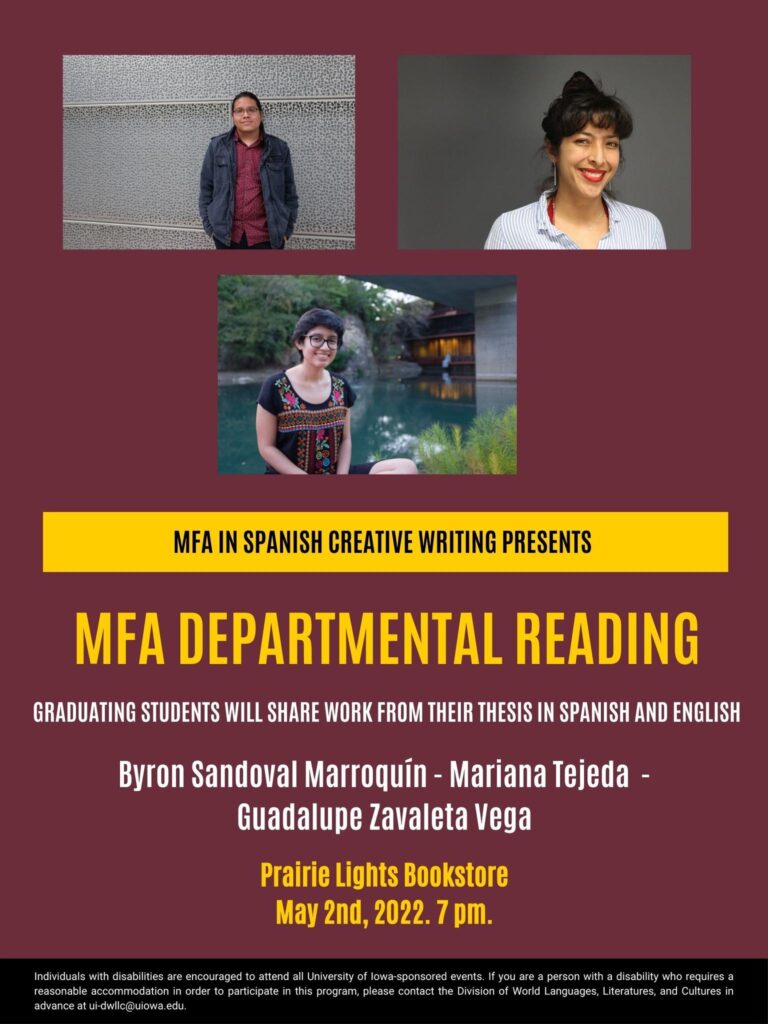 Please join us for a reading and conversation with Byron Sandoval Marroquín, Mariana Tejeda, and Guadalupe Zavaleta Vega, three graduating students who will share work from their theses in Spanish as well as English translations of their texts.

Byron Sandoval Marroquín. Salvadoran writer. He received a Bachelor of Arts in Spanish Literature and a Bachelor of Science in Computer Science at John Jay College of Criminal Justice. His focus is in the encounter of culture with technology. His fiction work highlights the conversion of the Salvadoran vernacular with the cosmopolitan view of the city.

Mariana Tejeda. Mexican stage manager born in Ciudad de México. Mariana started her writer career at seventeen at the Writer’s School in Mexico City, where she got some of her short stories published in compilations and magazines. Then she chickened out and exiled herself in the Theater. After over a decade hidden backstage, Mariana is finally putting down the headset to come out as a writer (again), and Iowa seems like the perfect location to do so.

Guadalupe Zavaleta Vega. Mexican writer.  During 2019, she was part of the International Writing Program’s Women’s Creative Mentorship Project, with Karen Villeda as her mentor for a fiction project. Her work has been published in Mexican magazines such as Este país and Tierra adentro. Her short stories are  inspired by her hometown: Oaxaca.