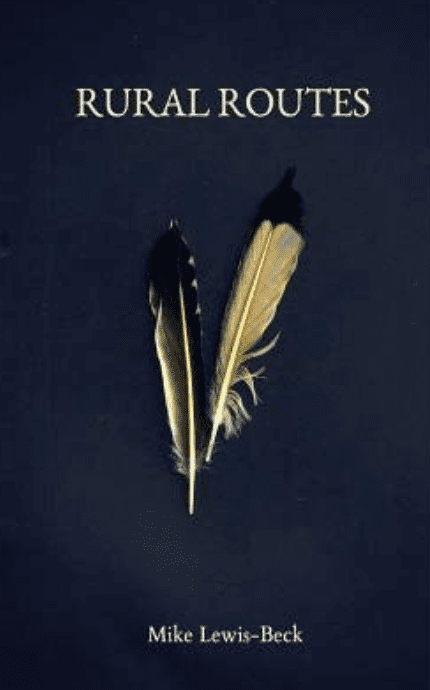 Iowa City poet and political scientist, Michael Lewis-Beck will read from his new collection of poems, Rural Routes.  “The people that Mike Lewis-Beck conjures in Rural Routes are so enmeshed in their landscapes that where they are and who they are flicker so quickly as to become one continuous light. This is the glow of the all-night diner, the lunar light of eggs. Summer storms, lightning bugs in a jar, a faint dawn ‘but enough to navigate our fall field of corn.’ This is a book you can see by. These poems map their way through familiar terrains made new and strange by the clarity of his vision and the swoon of his song.” —James DíAgostino

Michael Lewis-Beck is F. Wendell Miller Distinguished Professor of Political Science at the University of Iowa. His interests are comparative elections and election forecasting – for which he is internationally known. His poems have appeared in numerous literary journals, and his mystery novel, Death Walks the Riviera, was published in 2011.