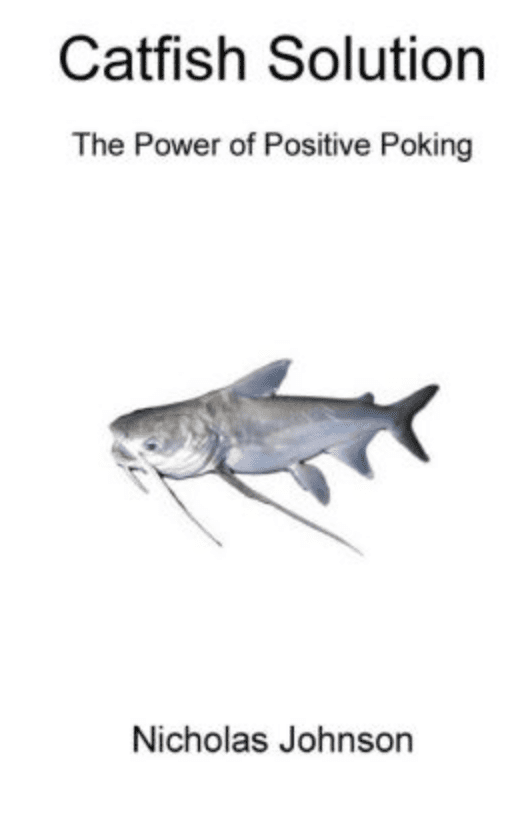 Iowa author and retired UI law professor Nicholas Johnson will read from his recent book, Catfish Solution: The Power of Positive Poking. Catfish Solution is memoir and story, revelation and explanation, comedy and critique with inspiration to citizen action by a Washington insider who took on the shipping and broadcasting industries.

Johnson is the author of Columns of Democracy. He has been a TV show host, columnist, congressional candidate, Washington lawyer, and school board member, among other things. Included in The Yale Biographical Dictionary of American Law as one of 700 individuals described by the publisher as “leading figures in the history of American law, from the colonial era to the present day,” he has retired from teaching at the University of Iowa College of Law.