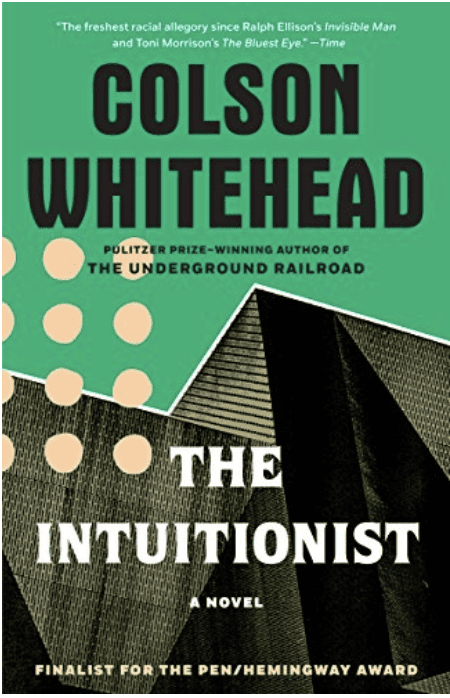 Paul Ingram will host a Book Club meeting in Meeting Room B of the Iowa City Public Library to talk about The Intuitionist by Colson Whitehead. This marvelously inventive, genre-bending, noir-inflected novel, set in the curious world of elevator inspection, portrays a universe parallel to our own, where matters of morality, politics, and race reveal unexpected ironies. Colson Whitehead is the Pulitzer-Prize winning author of The Underground Railroad. His other works include The Noble Hustle, Zone One, Sag Harbor, John Henry Days, Apex Hides the Hurt, and one collection of essays, The Colossus of New York. A National Book Award winner and a recipient of MacArthur and Guggenheim fellowships, he lives in New York City.  The Intuitionist,  published in 1999, was Whitehead’s first novel – read it and come to the Iowa City Public Library to talk about it with Paul’s Book Club!  All are welcome.