Road to a Milli

Road to a Milli 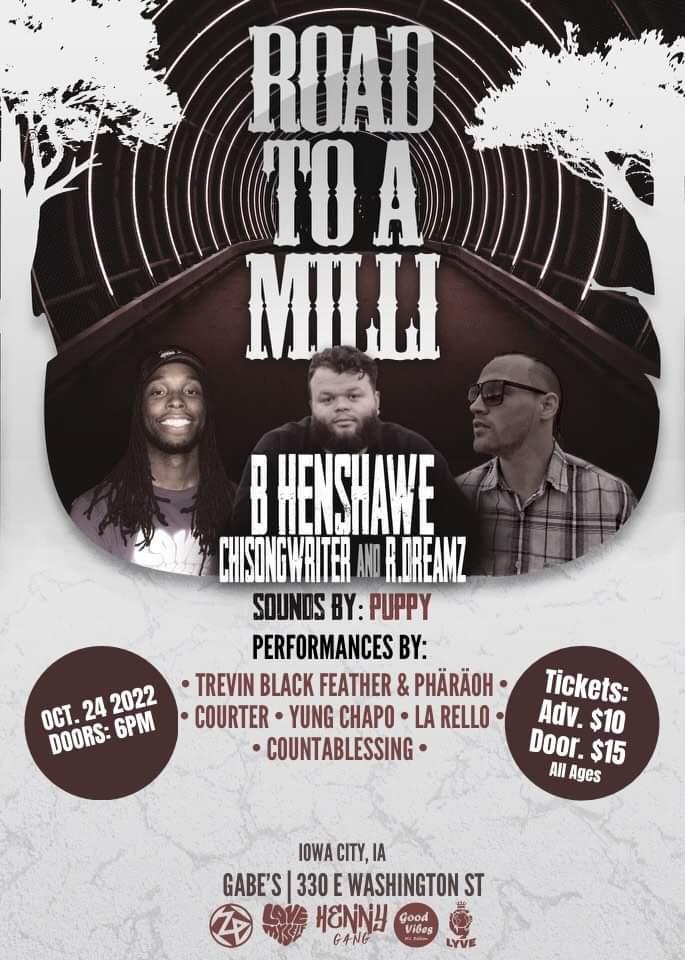 B. Henshawe’s Road to A Milli Tour
With B Henshawe’s versatile style, expect everything from dope punchlines to club bangers. After hitting close to 1 Million followers on TikTok, he’s taking his music and content creation on the road. It began when he was highlighted on his college campus for his viral “Pay It Forward” challenge, where he raised funds to give additional tips to local businesses and servers. The viral experience increased his following where he then remixed hit songs on the platforms.
Illinois Recording Artist, CHISongwriter & Indiana Recording Artist, R. Dreamz will be coming along to bring their own Midwest styles.
Supporting Acts: Trevin Blackfeather X Phäräoh, Courter, Countablessing, La Rello, and Yung Chapo