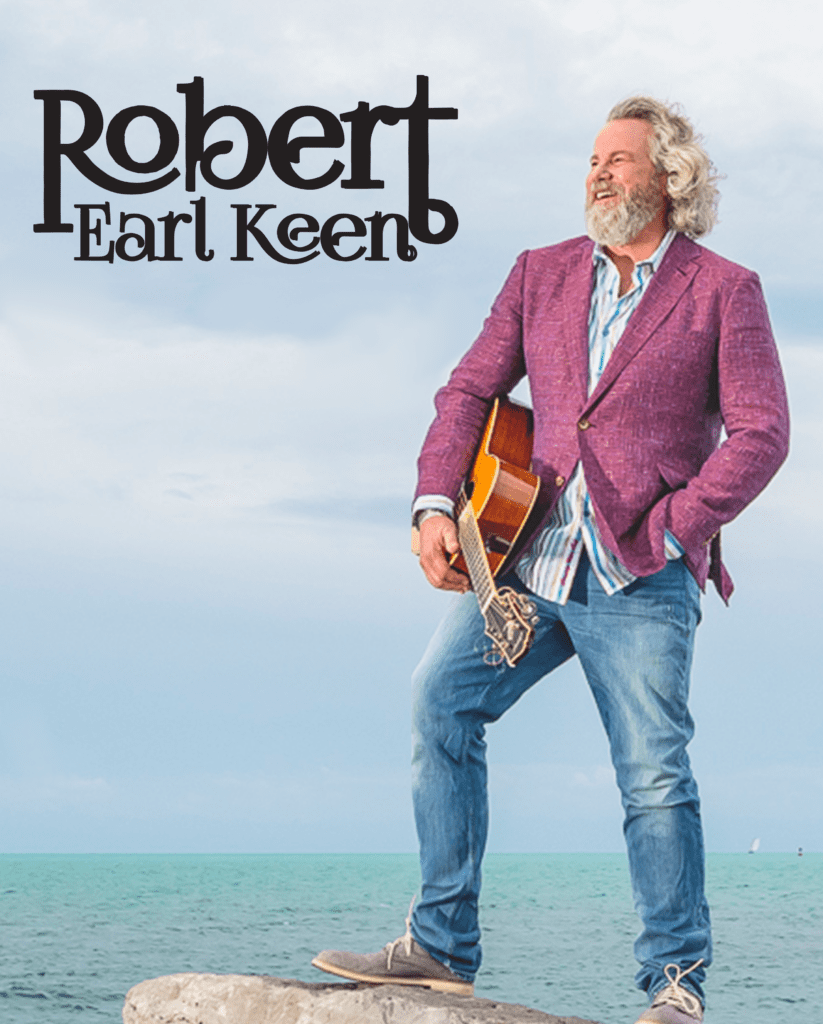 Now three-decades on from the release of his debut album – with nineteen records to his name, thousands of shows under his belt and still no end in sight to the road ahead – Keen remains as committed to and inspired by his muse as ever. And as for accruing recognition, well, he’s done alright on that front, too; from his humble beginnings on the Texas folk scene, he’s blazed a peer, critic, and fan-lauded trail that’s earned him living-legend (not to mention pioneer) status in the Americana music world. And though the Houston native has never worn his Texas heart on his sleeve, he’s long been regarded as one of the Lone Star State’s finest (not to mention top-drawing) true singer-songwriters. He was still a relative unknown in 1989 when his third studio album, West Textures, was released – especially on the triple bill he shared at the time touring with legends Townes Van Zandt and Guy Clark – but once fellow Texas icon Joe Ely recorded both “The Road Goes on Forever” and “Whenever Kindness Fails” on his 1993 album, Love and Danger, the secret was out on Keen’s credentials as a songwriter’s songwriter. By the end of the decade, Keen was a veritable household name in Texas, headlining a millennial New Year’s Eve celebration in Austin that drew an estimated 200,000 people. A dozen years later, he was inducted into the Texas Heritage Songwriters Hall of Fame along with the late, great Van Zandt and his longtime friend from Texas A & M, Lyle Lovett.

Robert Earl Keen
As featured on the Spotify ListenICJULY2019 playlist