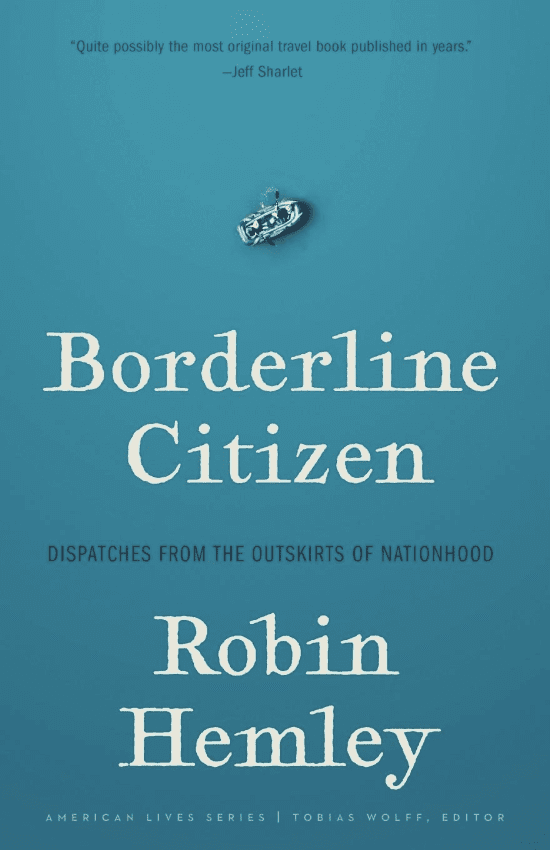 Former Director of the Iowa Nonfiction Writing Program Robin Hemley will read from his new book, Borderline Citizen. In Borderline Citizen Hemley wrestles with what it means to be a citizen of the world, taking readers on a singular journey through the hinterlands of national identity.  “Robin Hemley has traveled to more countries than just about anyone I know, and along the way he’s collected vital observations on the tragic absurdity of nationalism and the implicit violence of a world crisscrossed with borders. I think of him in the company of Pankaj Mishra, Pico Iyer, Bruce Chatwin, and John Berger–writers whose transnational souls challenge the idea of a single place of origin.”–Jess Row Hemley is the author of numerous books, including Invented Eden; Reply All: Stories; A Field Guide for Immersion Writing; Nola; Turning Life into Fiction; and Do-Over! He has won many awards for his writing, including a Guggenheim Fellowship and three Pushcart Prizes, as well as residencies at the Rockefeller Foundation’s Bellagio Center, the Bogliasco Foundation, the Fine Arts Work in Provincetown, the MacDowell Colony, and others.

Inara Verzemnieks is an assistant professor at the University of Iowa Nonfiction Writing Program. The author of Among the Living and the Dead, she is also the recipient of a Pushcart Prize and a Rona Jaffe Writers’ Award, and was named a finalist for the Pulitzer Prize in feature writing.