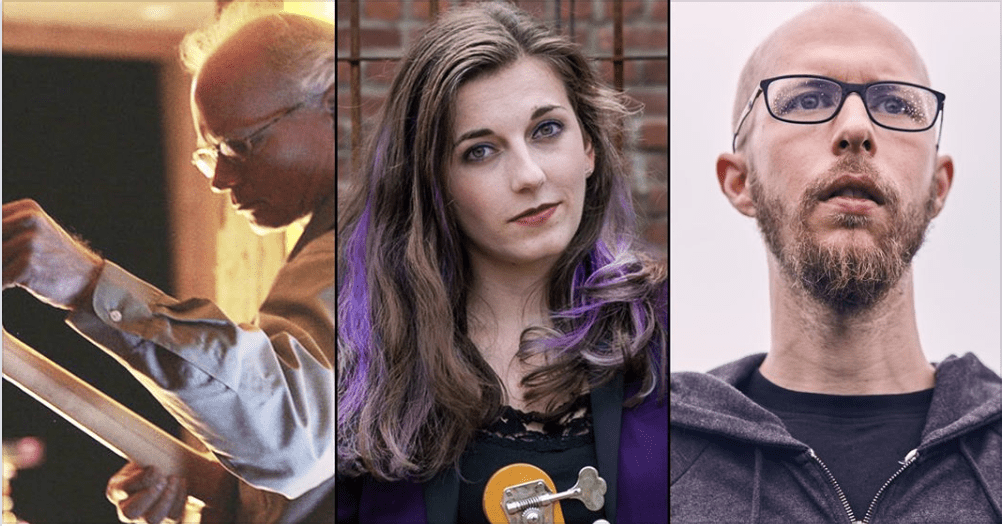 Ryan Summers is one half of the Wisconsin-based Americana duo Midwest Soul Xchange. A multi-instrumentalist who usually prefers to tickle the ivory keys for solo performances. His sets span a wide emotional palette, ranging from brooding poetic pieces to breezy tunes about colorful, make-believe characters. With eclectic musical interests and an unconventional background, expect the unexpected any time he takes the stage.

Joel Palmer, who performs as World Abounding, makes guitar-based electronic, atmospheric, and ambient music, drawing inspiration from the likes of Fripp & Eno, Harold Budd, Robin Guthrie, and the minimalist school of composers. Joel’s solo performances are thickly-layered long-form improvisations that range from delicate to raucous, the un-guitar-like sounds designed without use of samples, synthesis, or prerecorded loops.

Miss Christine: Confident, catchy, and queer. Christine Moad had achieved the musician’s dream: Success as an internationally touring bassist and many side gigs back in Nashville. There was just one problem: She was unfulfilled. It took courage to leave it all behind. Having made the decision to leave Nashville and the hectic, cut-throat, session musician scene, Christine settled on a farm in her home state of Iowa and spent time exploring the inner workings of her mind. Meditation became part of her daily routine.