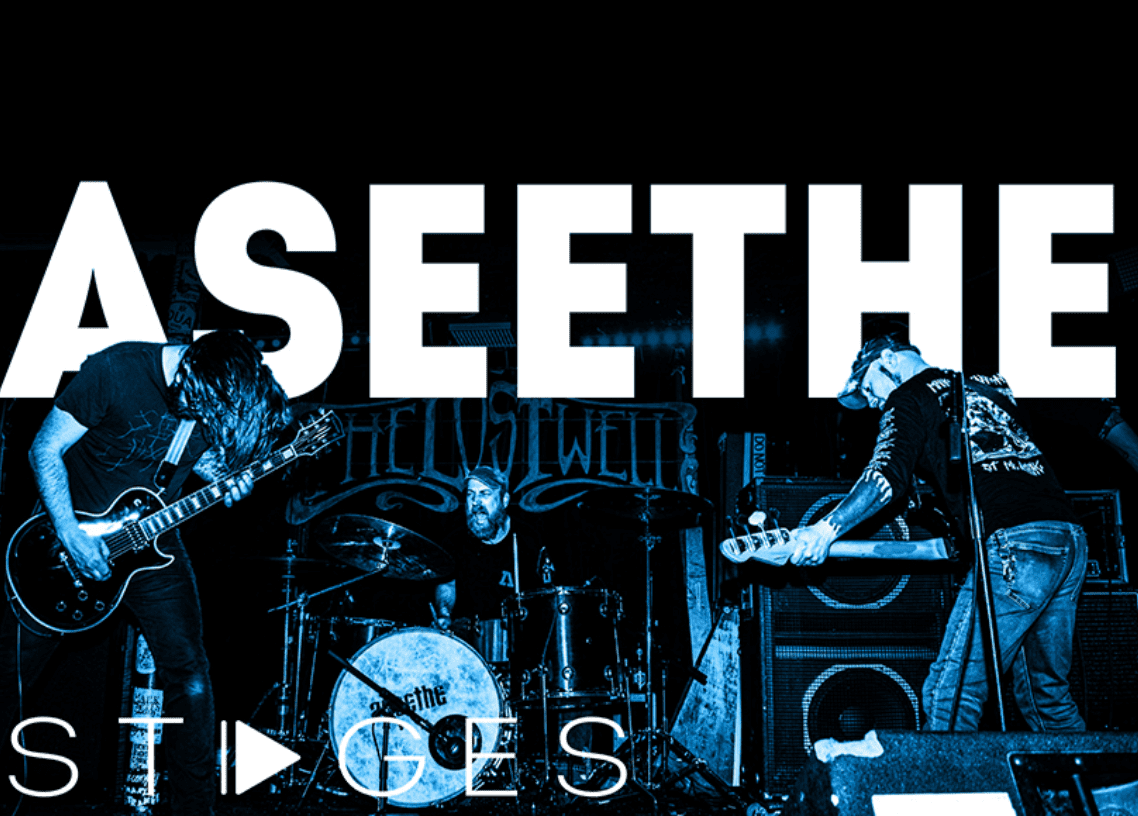 Aseethe’s Throes is a work of corrosive beauty and colossal weight. The trio of guitarist/vocalist Brian Barr, drummer Eric Diercks, and bassist/vocalist Noah Koester craft tectonic slabs of doom through minimalist approaches to composition. Minutely selected textures built on simplistic, repetitive motifs become mountainous. With each cycle of repetition, their towering riffs, bludgeoning drums, and inhuman howls become increasingly hypnotic and reveal subtle intricacies. The recursive nature of their songs coupled with their glacial pacing make masterful use of restraint to create moments of genuine surprise.

On Throes, these elements coalesce into songs as detailed as they are visceral and scathing. Where their previous album Hopes of Failure centered around hopelessness, Throes turns its focus toward wrath. Barr, who composed and arranged the bulk of the music, sees the album as a direct continuation and a response to the damage and exhaustion caused by the shifts in the political and environmental landscape. Koester penned much of the album’s biting, politically charged lyrics, aiming vicious barks at fascists and profiteers alike. Despite being Aseethe’s newest member, Koester’s contributions came naturally, having grown up in the same Iowan DIY community the band has been integral to for over a decade.

Aseethe embraces that sense of community and resistance which Koester bolsters by lyrically capturing the unease of living in “fly over” territory and its wintery desolation. Throes was recorded at Steve Albini’s Chicago studio Electrical Audio by Shane Hochstetler (Jon Mueller, Northless). Aseethe drew from their expertise in utilizing noise and drones to develop a sonic world uniquely their own, dually aesthetic and foreboding. Distant cymbal swells and feedback loops on “To Victory” mirror the endlessly open landscape of their home. The instrumental “Suffocating Burden” makes use of processed feedback and panning drones made from both heavily affected guitar and amplified gong suspended between speakers. Barr drew inspiration from his recent solo work live-scoring films, relying on instinct as a compositional tool to interplay with the rigid structures throughout.

Aseethe remains one of the most distinctive and relentless forces in heavy music operating today. Through their ability to constantly evolve and incorporate new sounds and disparate influences into their music, they stand at the vanguard of forward-thinking bands like labelmates The Body and SUMAC. Throes is Aseethe at their most daring and focused, building monuments of anguish while thrusting into the void.