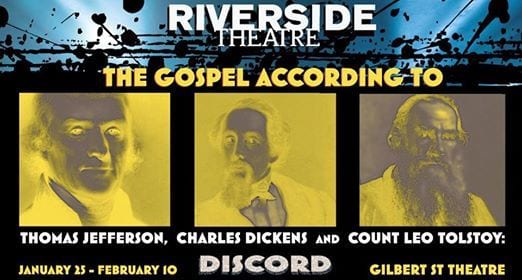 “If religion and comedy had a baby, this would be it!” (The Huffington Post)

This whip-smart comedy, from the Executive Producer of HBO’s “Real Time with Bill Maher”, sets three of the world’s greatest thinkers against each other in a battle of wits and wills. Each a genius of their age, Jefferson, Dickens, and Tolstoy find themselves locked in a room together with no exit. To escape they must ransack the philosophies of their lives and work, searching for a truth that will set them free.