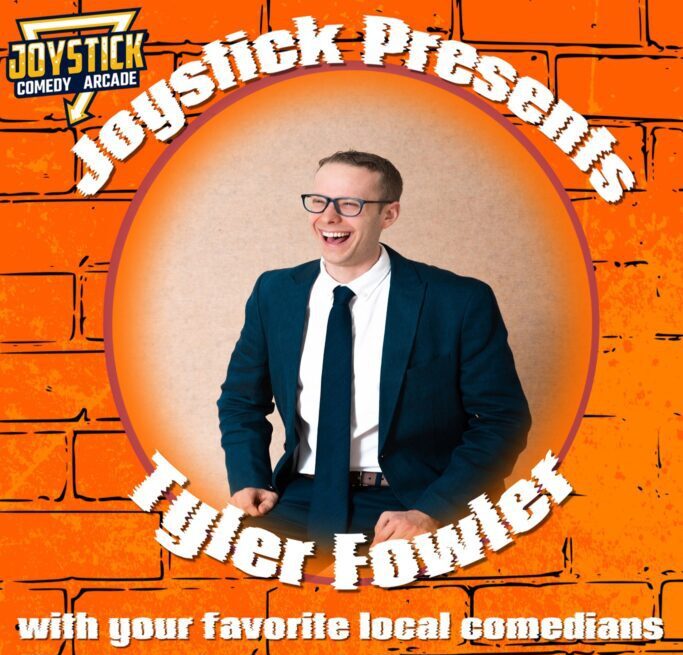 We have two big shows!
Friday @ 9 pm (19+)
Saturday @ 7pm (all ages!)
Tyler Fowler’s witty and clean brand of stand up comedy has made him a favorite around Chicago and across the US. Regularly appearing at Zanies Comedy Clubs and The Laugh Factory Chicago he was named among the ‘Best Of The Fest’ at the Cleveland Comedy Festival. Tyler’s album Friends With 401(k) Benefits premiered #1 on iTunes and Top 10 on the Billboard Comedy Charts and he recently taped a special with Drybar Comedy releasing in 2022.