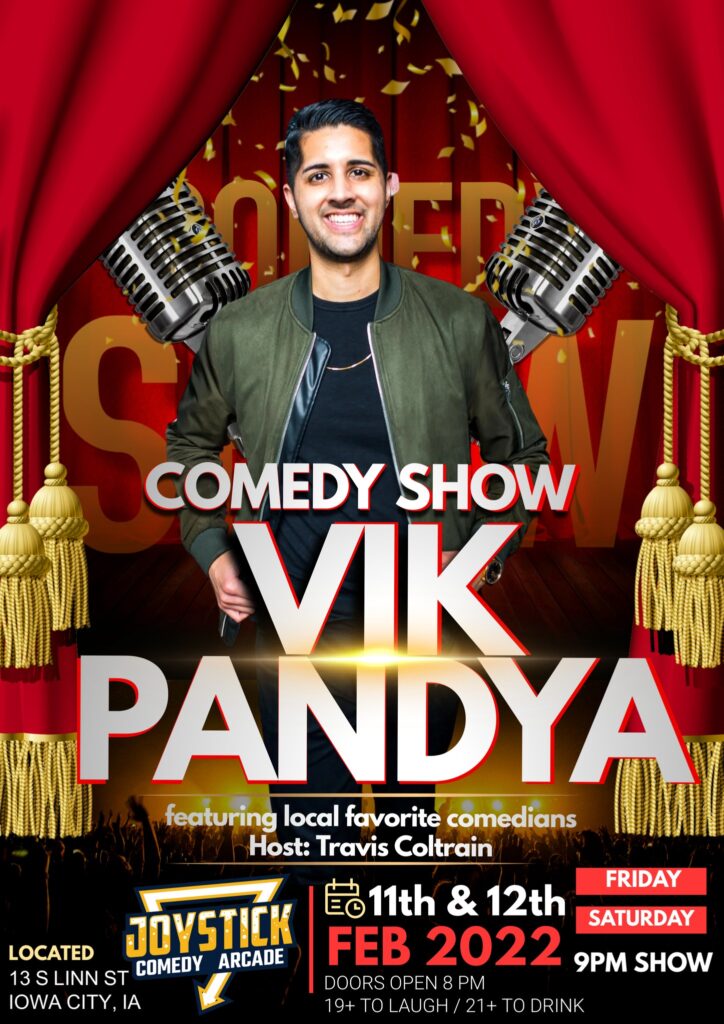 Comedian, Writer, Actor & Author Vik Pandya comes to Joystick Friday & Saturday Feb 11th & 12th.
Vik Pandya is a nationally touring stand up comic based in Chicago. Known for his sharp self-deprecation, observational humor on dating, & hilarious crowd work, his comedy album ‘Friends With 401(k) Benefits’ debuted #1 on iTunes & Top 10 on the Billboard Charts in 2019. Vik has opened for both Roy Wood Jr. & Michelle Wolf and performs regularly at Zanies Comedy Club, The Laugh Factory, & The Improv in Chicago. He’s been featured in 16 comedy festivals across the country including the prestigious San Francisco’s Sketchfest (2020) and NBC’s Breakout Comedy Festival (2018). He’s shared the stage with mainstream headliners such as: Godfrey, Dan Soder, Big Jay Oakerson – as well as international acts like Vir Das, Zakir Khan & Atul Khatri. Vik’s comedy has appeared in Vulture, the Chicago Sun Times, & the Chicago Tribune. Follow him on instagram & twitter @vikpandya
Only $5 admission for an amazing national comedian plus your favorite local acts.
19+ to laugh, 21+ to drink