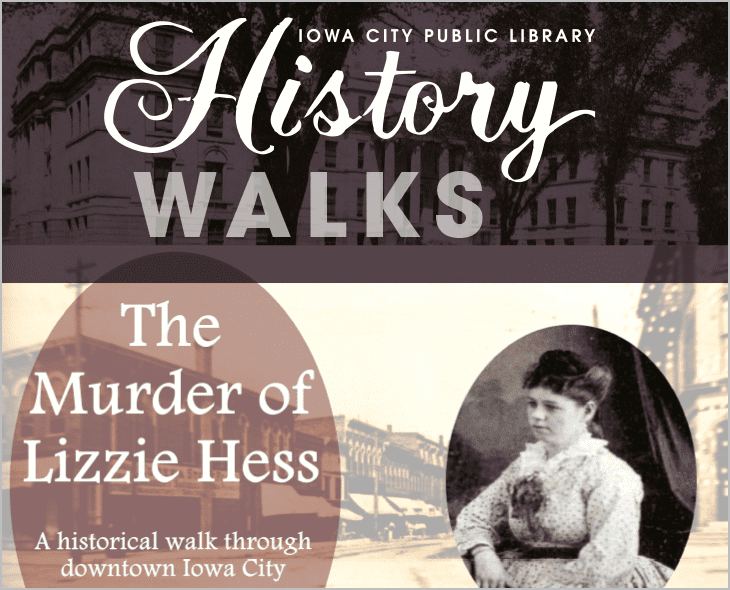 On November 5, 1881, Iowa City was rocked by the news that Lizzie Hess had been murdered. Newspapers from the time tell of a short, troubled marriage to a scheming, money-hungry husband that ended in tragedy. They speculate about what kind of person the murderer was. They detail the unfortunate events that occurred leading up to the crime, as well as the actual movements the murderer took on that day. What the papers don’t do is give a full picture of who Lizzie Hess was, what social customs and constraints she navigated, and how the events of the world at-large might have affected her situation.

Join ICPL librarians as we follow in the footsteps of the murderer, and try to fill in some of the gaps of Lizzie’s story. Along the way we will learn about some of the architecture and changing nature of downtown Iowa City, some of the citizens who lived and worked here, and about the social issues of the time. We’ll also learn about library resources that helped to recreate the path of the murderer, and to gain a fuller understanding of Lizzie Hess.

We will meet outside of the Library, at the pedmall entrance. The walk should take 1-1.5 hours, and will be about 1 mile.