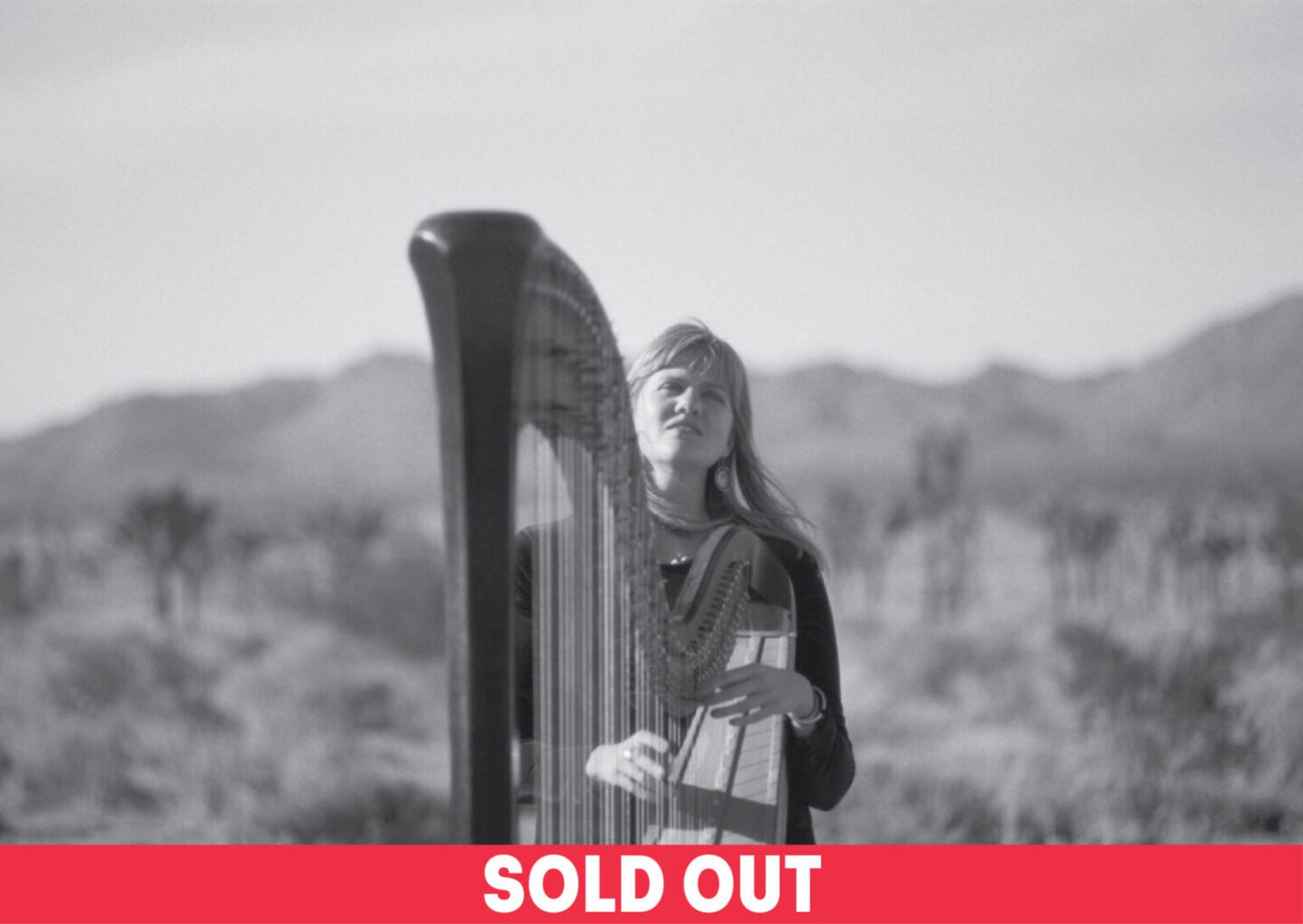 For this performance audience members are invited to sit on stage with the artists for an intimate viewing experience. Tickets are are limited.

Mary Lattimore is a Los Angeles-based harpist. She experiments with effects through her Lyon and Healy Concert Grand pedal harp, concocting half-structured improvisations which can include both ambient glitter and unsettling noise. Her first solo record, the Withdrawing Room, was released on Desire Path Recordings in 2014. The solo recordings that followed, At the Dam and Collected Pieces, were released by Ghostly International.

Mary has also recorded synth + harp duo projects with Elysse Thebner Miller (And the Birds Flew Overhead) and Jeff Zeigler (Slant of Light) and has co-written reimagined scores for the 1968 experimental silent film Le Revelateur, directed by Philippe Garrel (who approved of the project), and the Czech New Wave classic Valerie and Her Week of Wonders, and performed these scores live throughout the US with Jeff Zeigler and the Valerie Project, respectively. She has contributed and written harp parts for such artists as Kurt Vile, Thurston Moore, Sharon Van Etten, Meg Baird, Steve Gunn, the Clientele, Hop Along, Jarvis Cocker, Karen Elson, Ed Askew and Quilt.

Ana Roxanne is a New York based musician working at the interzone of electric meditation, dream pop, and ambient songcraft. Her self-titled EP was later reissued by Leaving Records before signing with Kranky for her official full-length debut, 2020’s Because Of A Flower.

Her inspirations span the secular (R&B divas of 1980’s and 90’s) and the spiritual (Catholic choral traditions in which she was raised), synthesized into a uniquely intuitive sonic language, equal parts atmospheric and ancient, healing and hermetic.