Autumn is always a vibrant time of year in Downtown Iowa City. 32,000+ University of Iowa students return to town, Hawkeye football fans takeover on the weekends, and the Arts/Culture scene kicks into high gear with nightly live music and film showings, the Iowa City Book Festival, and the Witching Hour Festival.

Amidst all of the excitement, the Downtown District was pleased to welcome several new and unique businesses to the neighborhood. 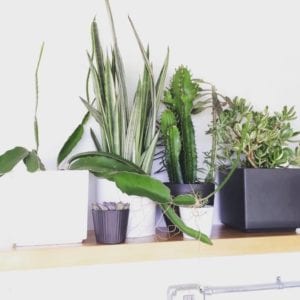 Moss will also offer a wide variety of workshops such as “Build your own Desert Terrarium” and “Holiday Centerpiece.” The workshop will be held in Moss’ one-of-a-kind “cellar” room and always accompanied by wine, beer, and snacks!

For more information on upcoming Moss workshops, check out their website. 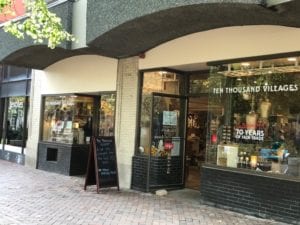 After two successful stints as a holiday pop-up shop in 2014-2015, the popular non-profit retailer opened a permanent location on the Ped mall in late September.

Ten Thousand Villages is a fair trade retailer of artisan-crafted home decor, personal accessories and gift items from across the globe. Featuring products from more then 130 artisan groups in some 38 countries, they are part of a network of over 390 retail outlets throughout the United States selling Ten Thousand Villages products. 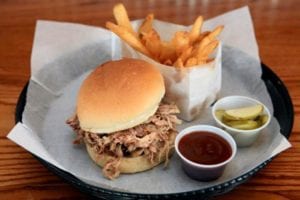 When it comes to smoking’ meat… Jimmy Jack’s gets it right. In fact, the bbq is so good that Yahoo! recently named the restaurant, which has been operating in their original location in southeast Iowa City since 2005, the best barbecue in the entire state of Iowa.

Specializing in pork, chicken, and brisket Jimmy Jack’s is also a go-to choice for catering parties and events of all sizes.

Coming soon… And before the end of the year, Downtown will welcome Zombie Burger and Cortado Coffee.